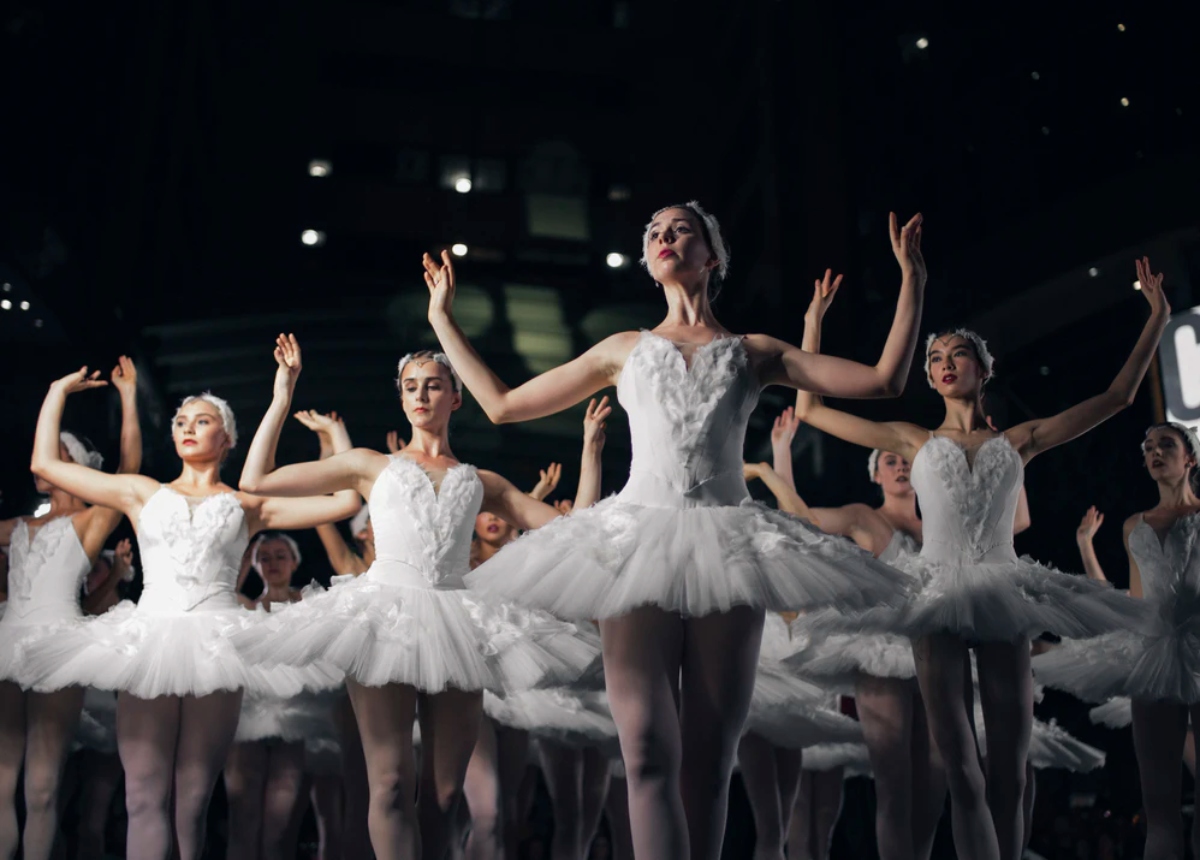 At Miss Colleen’s Elite Dance Centre, we believe that dance training should go beyond just the dance studio. That’s why we encourage all students at our dance academy to learn about the history of their craft, as well as some of the major dancers and changes in techniques over the years. This blog post is targeted for budding ballet dancers who may not know much about the lineage of their chosen style.

For young dancers, there is nothing more spectacular to witness that romantic stories brought to life through dance right before their eyes. Living in Rockville Centre, we are lucky to have access to some of the best ballet companies and productions in the world. While we encourage all dance parents to bring their children to watch a live dance performance at some point, we know that this is not always a possibility, particularly during COVID-19. In this blog post, we explore seven of the most famous ballets of all time. Thankfully, many of these ballets are available to stream in some form online, so if you’re looking for a way to spend some quality time with your children that will also benefit their dance practice, gather the family up for a night of spectacular, history-changing ballet.

Swan Lake
Composed Pytor Ilyich Tchaikovsky, Swan Lake tells the tale of Prince Siegfried and a beautiful princess named Odette, who has fallen under the spell of a sorcerer and now spends her days as a swan swimming on a lake of tears; only at night does she transform into her stunning human form. The two protagonists quickly fall in love, although the sorcerer, named Von Rothbart, isn’t about to let them live happily ever after so easily. At the Prince’s birthday ball, Von Rothbart presents Prince Siegfried with his daughter Odile, the spitting image of Odette. You’ll have to watch the ballet to discover what happens next!

The Nutcracker
This wintertime classic, also composed by Tchaikovsky begins at a party on Christmas Eve, where a magician presents some toys he has made for his goddaughter, Clara. One of the toys is a wooden nutcracker, which Clara’s brother, Fritz, proceeds to break. After the party, once everyone has gone to sleep, Clara returns to the parlor to check on her beloved nutcracker. As she does, the clock strikes midnight. Suddenly, dancing mice begin to fill the room, and the nutcracker grows to life-size. A battle breaks out between an army of gingerbread soldiers and the mice. And this is only the first scene! Even though it is typically viewed around Christmas, The Nutcracker is fun for young dancers to watch any time of the year! Maurice Sendak fans will especially appreciate the 1986 film version, which the author helped design.

Romeo and Juliet
While many people know of Shakespeare’s tragic tale of star-crossed lovers, fewer are familiar with the incredible ballet version. Composed by Sergei Prokofiev, Romeo and Juliet has been iterated in many different ballet versions since its premiere at the Mahen Theatre in Czechoslovakia in 1938. Anyone who’s ever read Shakespeare’s play knows the basic synopsis — feuding families, a romance that cannot be, a tragic ending — but there’s no substitute for watching it come to life in ballet form.

Giselle
Giselle, composed by Adolphe Adam, is considered a masterwork in the classical ballet canon. It tells the story of a beautiful young peasant girl, Giselle, who has drawn the attention of nobleman Albrecht. Albrecht disguises himself as a fellow peasant in order to seduce Giselle, who falls for his deceit. Once Albrecht’s true identity is revealed, things, as you can imagine, go a little haywire. What began as a love story soon turns into a ghost story, with twists and turns that will keep you wanting more. Giselle is the perfect way to introduce younger dancers to the magic of classical ballet.

Cinderella
Another masterpiece from famed Russian composer Sergei Prokofiev, Cinderella tells the familiar tale of a young woman whose domineering stepmother has forced her to act as a servant in her own home. With the help of a fairy godmother, however, Cinderella’s rags transform into a beautiful gown, and her shoes become dancing slippers of glass, equipping her to attend a Prince’s ball. The only caveat is that these magical enchantments will only last until midnight. Will she make it back in time? Regardless of whether or not you’re familiar with the famed Charles Perrault tale or the Disney version, Cinderella is worth watching as a ballet due to its expert composition and classical dance techniques.

The Rite of Spring
Created in 1913 by Igor Stravinsky, the avant-garde music and choreography of The Rite of Spring caused a literal riot when it first premiered in Paris. The story of The Rite of Spring is not as straightforward as many of the other ballets on this list; rather, it seeks to depict various pagan rituals celebrating the advent of spring, including one in which a young girl is chosen as a sacrificial victim and dances herself to death. While the basic concept may seem morbid to some, children throughout the years have found themselves enchanted with The Rite of Spring and its unique choreography and score.

The Sleeping Beauty
This last entry on our list is again based on a beloved fairy tale that children will be eager to revisit in ballet form. Another work of Tchaikovsky, The Sleeping Beauty tells the story of beautiful Princess Aurora who pricks her finger on a spindle on her sixteenth birthday and dies. The Lilac Fairy, a force of good, decides to intervene even though Carbosse, an evil fairy, does not. Rather than dying, Princess Aurora is condemned to 100 years of peaceful sleep. The subsequent events of the ballet verge somewhat from the classic Disney version, so it’s certainly worth watching to see what happens next.

Register Your Child for Dance Lessons in Rockville Centre
Whether your child is a seasoned ballerina or new to the world of ballet, these classic performances are sure to get them interested in this beautiful style of dancer. Enroll your child in ballet classes at Miss Colleen’s Elite Dance Centre in Rockville Dance Centre today to help their dreams of sugarplum fairies, dancing mice, and beautiful swans come to life!